Running in Crocs What happened when I was busy making other plans. 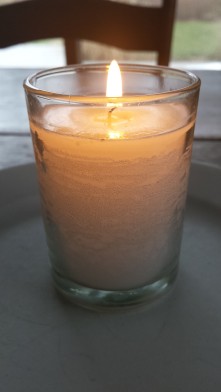 One year ago tomorrow, my father passed away.

This was my first experience being on the front lines of death. I still recall the weekend of his passing with sadness, and horror. Surreal and all too real. No matter how much time you have—my dad was 83 and a half, to the day, when he died—it never feels like enough when you’re facing that last day.

People say after the first year, it gets easier. You’ve passed all the milestones, all the “firsts”—first Father’s Day, first birthdays (his, yours), first Thanksgiving, first Christmas. And maybe that’s true.

But for me, now, the world just seems emptier. And I’ve wondered if there’s something more than just plain grief playing on my psyche. I’m wondering if there’s something to birth order in this. As the younger, I’ve always taken comfort in having mentors, older family and friends who helped along the way. In high school, my senior year, I was excited as anyone about the future, the promise of college, driving, more independence. But it was bittersweet; I missed my brother, half a country away, and his friends—my friends, too. I felt a little out of sorts. And with my dad’s passing, and my grandparents before him, I’ve wondered, not that we youngest grieve more —I know it’s not a “more” thing. But I wonder if there’s just an added discomfort that we, the “babies” of our families, feel as we say goodbye to those who came before us?

On the anniversary of my dad’s death, I’m sad. But I’m learning to be at peace with it.

I hope he was right, and my doubts about the afterlife are just plain wrong. So Dad, I hope you’re up there, wherever there is, and you’re listening to Beethoven, Mozart, and Gilbert & Sullivan (and none of that rock n’ roll music you detested). And you’re sitting with Lincoln having a deep conversation. You’re on your way to a great friendship. I bet he was excited to meet you, his biggest fan! Rozzie and Corey are there, at your feet, and you’re petting them and sneaking them bacon (and maybe even donuts). And you’ve reunited with parents, your brother and sister-in-law, your niece, and the rest of your circle who preceded you. I hope you’re at peace. And that you are happy with where we all are now, from where you sit. And most of all, I hope you know that we loved you. And that I miss you.

When you come to a fork in the road, take it. — Yogi Berra

It’s fall now. Peak leaf season, beautiful by me and I’m sure by your old house, too.

Tonight is Game 1 of the World Series and – guess what? – The Mets are in it! I know you’d be glued to your TV rooting for them; they really have a fantastic team this year. I wish you were still here so we could talk about their chances (I think they’re good!). I miss hearing the excitement in your froggy voice when you discussed the things you enjoyed the most.

Some other developments since you left us: First off, because I know you’d ask this first, E is doing really well. She looks and feels fantastic and is growing like crazy now – more than three inches in the last six months. We had a little blip late spring, but in her last round of tests her inflammation number was way down – to normal levels! So that’s been a huge relief and she’s having a great school year so far. Seventh grade is for real, but she’s even taking all the additional homework in stride (most of the time).

B and I finally got married. I know in the beginning you didn’t know what to make of him. It’s funny that, though you were gifted in your work, you helped so many people navigate their inner worlds and overcome their struggles, I think you never quite understood shyness. Didn’t know what to make of it, thought it was more than what it was, had to be some sort of underlying thing. I guess everyone has blind spots. Anyway, I think B was growing on you the last few years, as he tried to open up more and you tried a little harder to get to know him. So I think you would have been happy and had a good time that day; at least, I hope so.

Mostly things are moving forward in a positive way and I’m hopeful about a lot of things. But as we round the corner to the anniversary of your passing, I still find myself not quite believing you’re gone. Sometimes you show up in my dreams, in such an everyday way that it takes me a moment to get back to reality, that there is no more every day with you in it. And despite the problems we had, and the gulf that remained between us (smaller than what it once was, but still there), that feeling –- the knowledge that you’ll never be here again –- it still hits me like the hardest sucker punch. I’m sure in time it won’t hurt so much, but I’m not sure when that time will be.

So yeah, Dad, I thought you’d want to know that tonight’s the World Series. Lets Go Mets! I wish you were here to see this. But I hope they win and I’m imagining you cackling and cheering them on. The old man who was once a boy from Richmond Hill who loved the Brooklyn Dodgers. Who waved to Jackie Robinson and he waved back.