Running in Crocs What happened when I was busy making other plans.

When you come to a fork in the road, take it. — Yogi Berra

It’s fall now. Peak leaf season, beautiful by me and I’m sure by your old house, too.

Tonight is Game 1 of the World Series and – guess what? – The Mets are in it! I know you’d be glued to your TV rooting for them; they really have a fantastic team this year. I wish you were still here so we could talk about their chances (I think they’re good!). I miss hearing the excitement in your froggy voice when you discussed the things you enjoyed the most.

Some other developments since you left us: First off, because I know you’d ask this first, E is doing really well. She looks and feels fantastic and is growing like crazy now – more than three inches in the last six months. We had a little blip late spring, but in her last round of tests her inflammation number was way down – to normal levels! So that’s been a huge relief and she’s having a great school year so far. Seventh grade is for real, but she’s even taking all the additional homework in stride (most of the time).

B and I finally got married. I know in the beginning you didn’t know what to make of him. It’s funny that, though you were gifted in your work, you helped so many people navigate their inner worlds and overcome their struggles, I think you never quite understood shyness. Didn’t know what to make of it, thought it was more than what it was, had to be some sort of underlying thing. I guess everyone has blind spots. Anyway, I think B was growing on you the last few years, as he tried to open up more and you tried a little harder to get to know him. So I think you would have been happy and had a good time that day; at least, I hope so.

Mostly things are moving forward in a positive way and I’m hopeful about a lot of things. But as we round the corner to the anniversary of your passing, I still find myself not quite believing you’re gone. Sometimes you show up in my dreams, in such an everyday way that it takes me a moment to get back to reality, that there is no more every day with you in it. And despite the problems we had, and the gulf that remained between us (smaller than what it once was, but still there), that feeling –- the knowledge that you’ll never be here again –- it still hits me like the hardest sucker punch. I’m sure in time it won’t hurt so much, but I’m not sure when that time will be.

So yeah, Dad, I thought you’d want to know that tonight’s the World Series. Lets Go Mets! I wish you were here to see this. But I hope they win and I’m imagining you cackling and cheering them on. The old man who was once a boy from Richmond Hill who loved the Brooklyn Dodgers. Who waved to Jackie Robinson and he waved back. 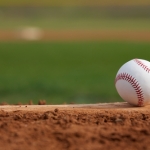 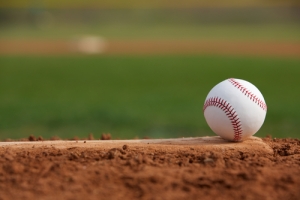 I tried writing this about a month ago, and didn’t save and it was lost for good. I was in the zone and it felt good but no! Betrayed by my techno-lameness and WordPress.

I’ll try again. Grief isn’t a new story, neither is death. We know they’re coming, we just don’t know when or how exactly. Since my father’s passing this past January, I have experienced the typical feelings: the gradual flow from shock to sadness to acceptance. I know anger is supposed to be in there somewhere, but I mostly skipped over that part, having spent most of my young life angry at him, for real and perceived slights. For not being seen for who I was, for being viewed as an ally on the wrong team. I forgave him years ago, in so many words. Now, with him gone, I am grateful I made that clear. That ultimately, anger is no match for love.

So when he left us on January 11, 83.5 years to the day on this earth, my grief ran the typical course. And I thought it fitting, all of this happening in January. I have always despised the winter, the season of death. The season to get through for the payoff of the other three. Add to that the fact that nearly everyone close to me who has died has departed in the cold, wintry months—my grandfather, grandmother, my friend Sandy on that dreaded flight—it seemed fitting and altogether apropos.

My plan was, like a bear, I’d hibernate emotionally for a few months of acute grief. I’d allow myself those moments to wallow, to feel it fully, to let it wash over me in private and hopefully not too many public moments. I got better at taking tissues with me, as the train ride to work often led to reflection, which led to waterworks. I took solace in the ice floes on the river and that, even though winter is a part of nature, it is in many ways nature shutting down. It all made sense, to my planner’s mind.

Then, I would start afresh in spring. The season of life, of renewal. That made sense, too. Now’s the time to move on. It’s the most optimistic season, the one so full of hope. So much to look forward to — hiking, swimming, the grass growing, the flowers, animals and people coming out of hiding to enjoy the fresh, warm days. This is not a season for grief. It’s a celebration of life!

So I had it all planned out. And timed. And then . . . pitchers and catchers. Spring training. Opening day. Baseball.

My dad’s favorite sport. So many Sundays, the three of us, my brother, Dad and I going to a local field. We switched off, but to my memory, I was perpetually an outfielder, daydreaming until it was my turn at bat. So many Mets games, mostly lost. So many afternoons, Ralph Kiner, Tim McCarvey the backdrop in our living room.

I think of “Field of Dreams” and how I saw it in college and cried. And called him that night to tell him he had to see it. It felt like our story, a story of missed connections, of intentions never realized.

I loved baseball, because of him. And now I can’t bear the thought of a baseball season without him there, rooting them on. And I’m learning that you can’t tie up grief in a tidy, little bow. It has a life of its own, and won’t confine itself to your least favorite season. Grief comes when it wants to, and you better let it happen.

For the first time in my life, baseball hurts.